Some emergencies are predictable.  Some types of flooding, some weather-caused emergencies and the spread of pandemics can be predicted.  Other emergencies cannot be predicted.  Warning times can vary for each type of emergency.  There is saying in my region, “Make hay while the sun shines.”  The best time to prepare for an emergency is before the emergency situation.  This article will help provide some planning and preparation techniques and strategies.

Why you need an emergency currency plan

There are countless situations that can affect your ability to buy and sale.  Digital transactions can be subject to interruptions.  Those interruptions can be caused by power outages, software bugs, hardware failures, building collapse, floods, etc.  I was traveling by automobile and stopped to refuel my car.  To my surprise, my credit card was rejected.  The prospect of being stranded in Nebraska without a credit card was stressful.

While traveling, I try to conserve my cash.  Once you spend all your cash, you lose flexibility. To refuel, I had to use my cash.  That left me a little vulnerable - with low cash and inoperable credit card.  Fortunately, that was my last refuel stop on my return trip.  A couple days later, I learned that the credit card processing center was experiencing a system failure.  Since that day, I carry at least two credit cards, from different credit processing centers.

After speaking with responders for the hurricane, Katrina, I learned about the need for emergency currency.  For some victims, their assets were not available digitally.  For others, their assets were under flood water.  Some of the victims, lived paycheck-to-paycheck.  They didn’t have any emergency assets.  Wild fires, snow storms, hurricanes and other natural disasters can create a financial emergency.

Economic cycles can cause job losses.  Many times, job losses, furloughs, payroll interruptions are unexpected.  It is prudent to recognize these situations and plan accordingly. Interruptions to income streams for small business operators are another possibility that could be addressed by an emergency currency plan.

A less frequent, but higher impact situation is a national or regional economic event.  Argentina and Venezuela are examples of national-level economic events.  A few years ago, Greece experienced an economic decline that included extremely high unemployment.

War and terrorism can create emergency currency situations.  Even the threat of war can create an emergency situation.  The terror attack on September 11, 2001, the United States caused a noticeable economic decline.  Some Scandinavian countries reacted to perceived threats from their neighbors with warnings to their citizenry.

Digital transactions include a risk exposure for digital theft, including identify theft.  You may want to consider having alternatives to digital transactions.  Keeping cash on hand has its risks, too.  It requires a safe storage space and container.  Having cash on hand can be vital, during situations when digital transactions are not supported, e.g., the automatic teller machine loses power.  Purchasing groceries during a power outage would be another example of the benefit of having some cash on hand.  Even in the twenty-first century, I have seen resourceful merchants accept cash for goods and record the sales on a piece of paper during an electrical outage.

During the American depression of the 1930s, banks suspended operation and some closed.  That left depositors without access to their assets.  In Greece, the banks withdrew funds from depositors’ accounts as part of an economic recovery plan.  Depositors were shocked.  There are risk exposures with traditional banking.

These are some financial situations that you may way to plan to address with your emergency financial plan.

Adopting a divide and conquer approach can help make the daunting challenge of developing emergency financial plans manageable.  One method for dividing the plan is to develop:

You can define the duration for these planning phases.  These are my definitions:

Credit cards can be used to as a bridge for an emergency situation.  It’s important to understand your particular credit limits and the interest rate.  If you find that your credit limit is too low, it may be possible to quickly increase your limit with a phone call, during an emergency situation.  Credit card companies determine the interest rate.  They vary from company to company.  Be aware that you have choices.

As I mentioned above, I find it valuable to have at least two credit cards that are processed by different processing service providers.

Most importantly, remember that this is a loan that must be repaid.  A common credit card management practice is to pay the balance monthly.  Some card companies don’t charge interest, if you pay the balance monthly.  That makes the interest rate less relevant. It’s up to you to have the self-discipline to manage the debt incurred with credit cards.  If you are quarantined, you may need a credit card to have items delivered to your location.

We avoid debit cards.  If a debit card is stolen, your entire checking balance can be stolen.  That is different than your liability exposure for credit cards.  I had some unauthorized purchases on my credit card.  After contacting the credit card company and local police department, I was not liable for any of the unauthorized charges.

What types are currencies are needed for emergency situations

During a dinner, in Switzerland, with a senior executive of the third largest (globally) financial services provider, I asked him about opening a bank account in Switzerland.  I explained that if a few things would have happened differently in the 1940s, it would have been good to have some assets in another country.  To my surprise, he agreed and said, “That’s what I do!”

It happened that our employer owned a Swiss bank.  He arrange to have an English-speaking banker meet with me the following day.  That day I became diversified at another level.  This provided me with geographical diversity for financial assets.  It wasn’t a lucrative investment, but I wasn’t seeking a high return on that investment.

I watched as Argentina’s economy collapsed.  Their currency became diluted.  Venezuela’s economy collapsed a few years later.  People in those countries lost value in their domestic assets.  Including assets in other currencies and even storing financial assets in other countries can provide geographical diversification.  It can be part of a long-term (defensive) investment plan.  It may not provide any rate of return, but can provide a safety net during a financial or economic emergency.

Digital exchanges are the baseline for settling transactions.  Having some hard currency provides a fallback to the digital exchanges, during an emergency.  Consider it another method for diversification.  Like having assets in other countries, this is not likely going to yield an investment return.  It is preparation for financial or economical emergencies.  Some people may consider this investment approach as a hedge.

In the 1980s, buying and selling South African (gold) Krugerrands were outlawed in the United States.  If you are going to store currencies, it might be good to have a variety of currencies.  It may be prudent to begin with your domestic currency and expand to surrounding country’s currencies.  It is unlikely that currencies will not be accepted to settle trades, but it could happen.  If you determine that the probability is low, you may not keep much foreign currency.  Having currency from multiple countries could be useful, if you become a refugee.

Currency in the United States is a fiat currency.  That means it is backed by the U.S. government.  For many years, the U.S. currency was backed by gold.  You could exchange paper dollars for gold. The price of gold was established by the U.S. government.  Most other currencies are fiat.  Some (metal) coins have intrinsic value.  That is the value of the metal.  Some U.S. coins, minted before 1965 are made with silver.  These have some value that is often greater than the denomination, e.g., a pre-1965 quarter can be worth $3.50.

Pre-1965 U.S. coins are sometimes called “junk silver”.  Some people consider these to be an acceptable trading currency, in the event the fiat currency fails.  The coins are recognizable and the silver content is understood.  Depending on your risk assessment, of your fiat currency, it may be prudent to include some junk silver in your emergency financial plan.

Some people store gold and or silver coins for the same reasons as storing junk silver.  Since gold is more valuable than silver, it will cost more to accumulate.  Government minted gold and silver coins are recognizable and generally carry an inherent confidence in authenticity.  Privately-minted coins are available, but during an emergency situation, they may not be favored by people who are trading their good or services.  Small trades/purchases may be challenging with high-value gold coins, since making change could be difficult.  Gold coins are also minted in various denominations.  They range from 1 (troy) ounce to 1/10 (troy) ounce.   Precious metals use a specific unit of measurement called a troy ounce.

Gold and silver bullion are ingots.  They are produced by government and private mints.  Like high-value gold or silver coins, making change can be difficult.  For emergencies, ingots are less useful than coins, especially for small purchases.

Bartering with good and services can be considered in an emergency situation.  Craft skills, like plumbing roofing, electrical wiring can be services that can be traded for goods.  Some possible barter goods can include: ammunition, alcohol, auto fuel, coffee, toilet paper etc.

A logical approach to developing an emergency financial plan could begin with identifying the possible situations and the probabilities.  Then, develop you mitigation action steps.  Stick with your plan and don’t use asset reserves for non-emergencies.  Secure any assets that you determine to store.

Below is a link to a planning template.  This can help you organize your currency planning

Want to contribute to The Academy? Learn about writing & submit articles. 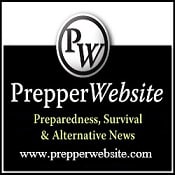